Spirits were high on Sunday 20th May, as 43 audacious teams took to the sky with their ill-fated flying machines at Red Bull’s Flugtag event. Flugtag, for those of you who managed to miss the hype, is an international competition held annually by Red Bull which gains traction world-wide. Teams are chosen for the competition to build a human powered ‘aircraft’ which they then must test in flight in front of a panel of four official red-bull judges, who gauge the worthiness of competitors not only on effectiveness of the craft, but also on the showmanship and creativity of the participating teams.

This year the spectacle took place at Dun Laoghaire pier in Dublin, drawing in a plethora of weird and wonderful flying contraptions; ranging from ancient pterodactyls, a flying pink panther, one Back to the Future-esque DeLorean- and even a Luas! The event saw a hefty crowd pour into the South Dublin pier, with over 65,000 people thought to have attended. Although the weather wasn’t exactly splitting the stones, this didn’t stop the hordes of eager spectators gathering around the perimeter, in fact just about anywhere they could catch a glimpse, to watch some of these foolhardy daredevils launching themselves from that 9meter harbour, inevitably to rocket straight down into the water below, with only a few impressive aircrafts managing any semblance of actual flight.

Our team here in UCD Sub-Aqua Club also took the plunge yet again, but this time with the hopes of soaring rather than sinking! Although we tried our very best to glide above the waves and give our Manta Ray ‘plane’ a taste of that salty air in flight- well, I guess you just can’t keep divers out of the water for too long, and maybe the world just isn’t ready to see Manta Rays fly.

At about 3:30pm on Sunday afternoon ‘Adastra Plastic Free Ocean’- comprised of pilot Fiona Flavin along with crew members Mehdi Entezary, Darryl Connell, Ciaran McHugh and Amy Lee- launched themselves from the dock, and boy did they fall in style!

…and sank like a giant man-made Manta Ray that really has no business in the sky anyway.

Thankfully, the four (generous) Red Bull judges had little faith in our aeronautic abilities in the first place, and we still managed to pull 9 points out of 10 all round for showmanship! Just goes to show that sometimes, even if hard work and labour can’t get you results, some dodgy dancing and five reckless leaps of faith off a 9m pier just might!

Of course, the day was all in good spirit and although our team didn’t take the win, we were delighted to see our ‘Plastic Free Ocean’ theme hit home to the 65,000-people strong audience, with a great message delivered by both presenters of the day Hector Ó Heochagáin and Síle Seoige, and from our very own Safety Officer, Ciaran McHugh; “We have an absolutely fantastic coastline… this craft is our way to try and highlight the damaging effects of excessive amounts of plastic clogging up these waters.” Also promoting this message with close association with Clean Coasts was UCDSAC Captain Mehdi Entezary; “Of course this event is all about creativity and having a bit of fun, so we saw it as a great opportunity to send a message about the serious issue of waste plastic in a more light-hearted way- stripping our Manta of rubbish while singing ‘I want to break free’ was our way of showing you can be mindful about your waste while having the craic too!”. Darryl, the head engineer of the team, led the way in designing the craft using only recycled or recyclable materials in it’s construction. Other team members Amy and Fiona took part in one of Clean Coasts ‘Two Minute Beach Clean’ sessions to collect the recycled waste and helped use it to build and decorate the Manta Ray.

“…this craft is our way to try and highlight the damaging effects of excessive amounts of plastic clogging up these waters.”

As we all know, plastic waste is becoming a real pest for our oceans and that is becoming more and more apparent to anyone who dives, as ocean pollution can be seen first-hand on a daily basis. It was an honour for us to team up with Clean Coasts and show how plastics really can damage the wildlife and ecosystems off our coasts and throughout the oceans (even if taking the rubbish off our Manta still didn’t quite help it to fly). We even got a featured article from Coastmonkey.ie, who are also keen to spread this important message. Check it out here! –

Fair play to all the other teams who also took part, and thanks to everyone who showed up and made the day such great craic!

Be sure to check out our Facebook page for all the other things our club has been up to; https://www.facebook.com/UCDSubAquaClub/

…and check out some of the other awesome crafts that made the plunge on the official Flugtag website, including the epic ‘Pink Panther’ which grabbed that well deserved first place! 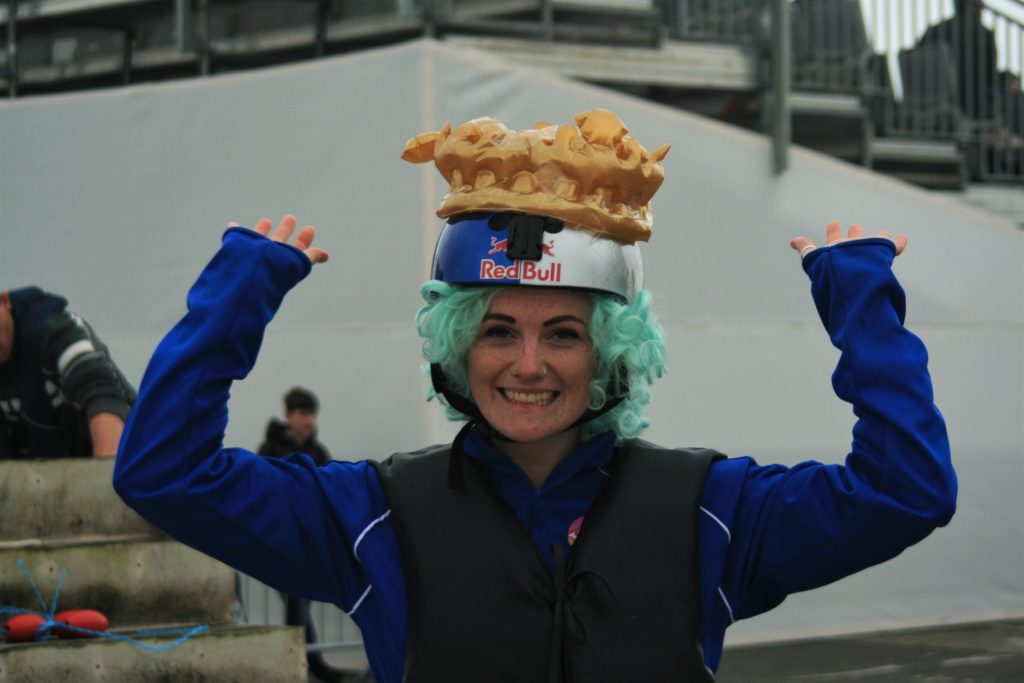 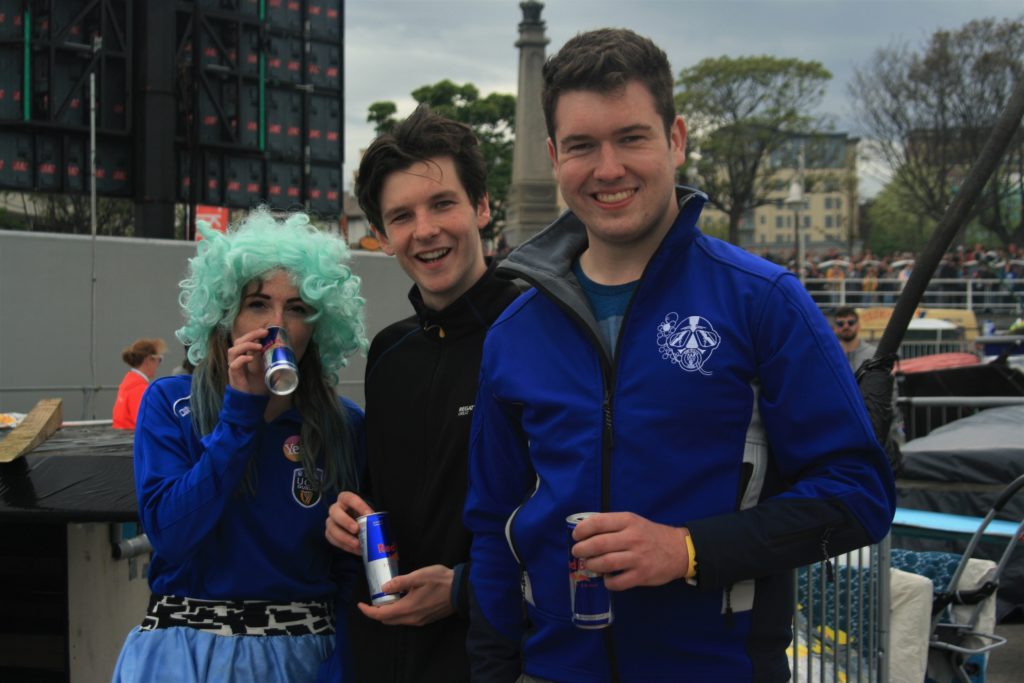 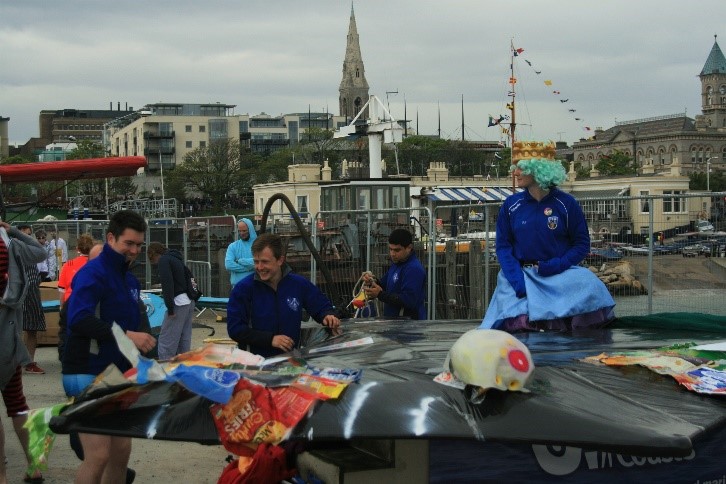 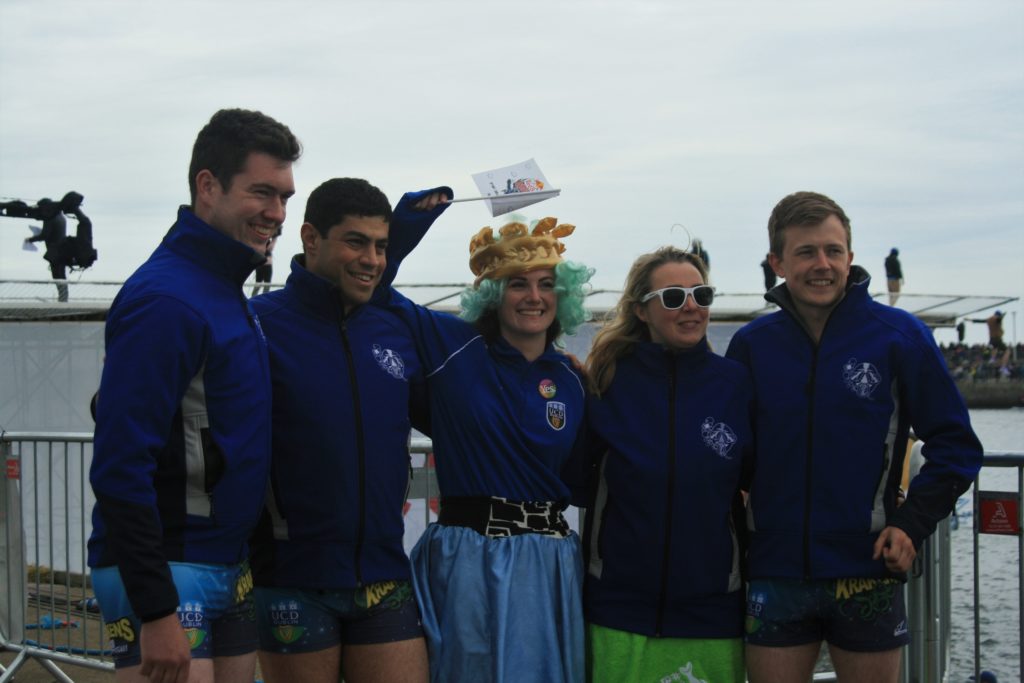 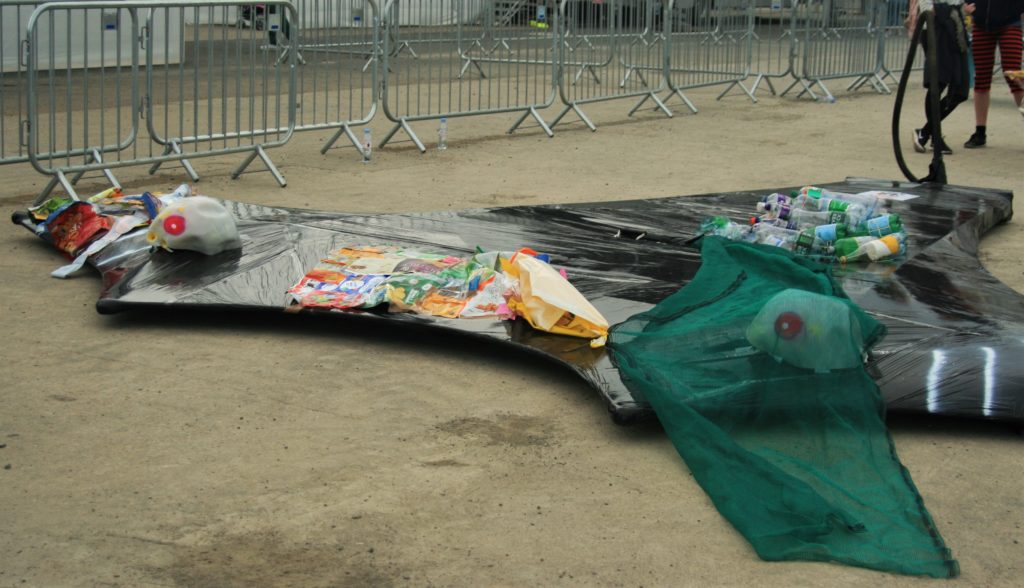 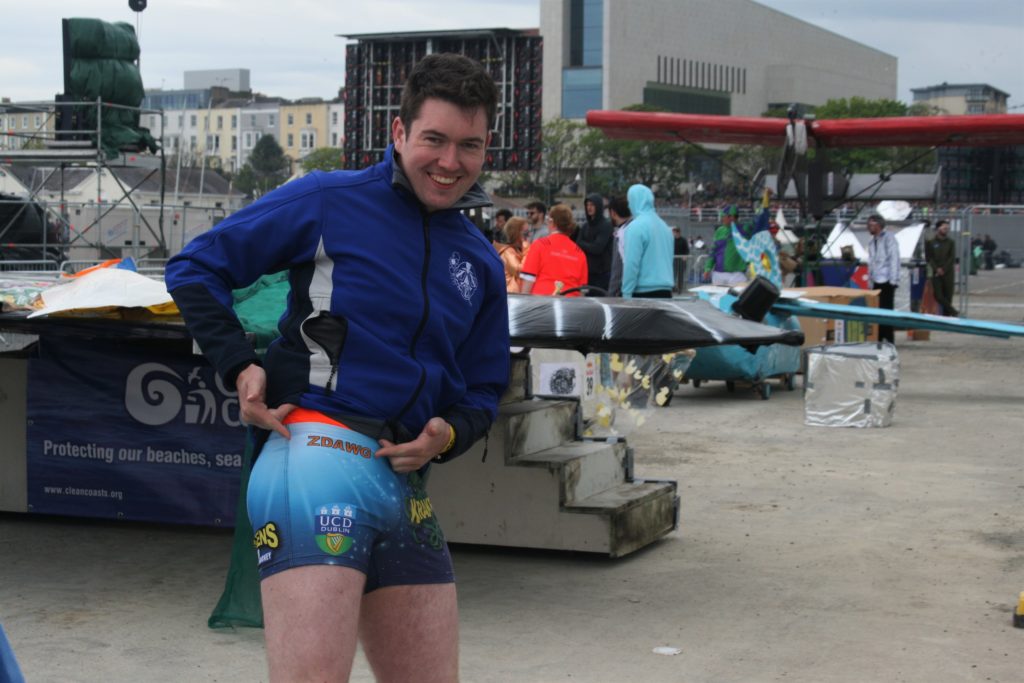